A tug on the leash,
my dog veers left
back in line,
back in tune
with pop rocks
underneath her paws.

Insects swarm, gossip
about warm blood.
Eggs on leaves
ready to hatch
and talk the talk.

Have you heard
the blackbird
song? It’s a
distraction
from the way
things are
and were.

The other day,
I saw a message
of fear nailed
to a tall tree.

It said remember,
remember all the
terror, and the fall
of man is near.

Monarchs are
everywhere
this time of year.
Made of poison,
with colors
meant to scare.

How can such
fragile wings bear
heavy warnings? 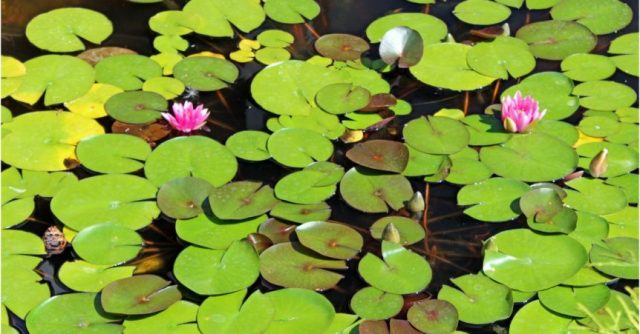 This part about life is true-ish: you can spend your day, or at least some of it, being focused, doing what makes you happy, or spend your day thinking about never having it or obsessing about losing it.

I have today day off of work. I feel bad about days off, but I really enjoy them, like a lot of people. I try to have plans on those days, which doesn’t always work out. I want to use them to their fullest.

Please be patient with yourself. You smoked a little bit. You forget that you get a little paranoid when you smoke alone. And maybe that’s why you’re talking to yourself at all, so that it feels like you’re with someone.

I think that you came here for a reason. You want to explore what is going on inside you without anyone else around you. I think this is a healthy thing to do. Recently, you’ve been overly connected to social media, and you’ve been feeling hyper and stimulated. Even when you were in Costa Rica, you were still checking your phone. You’re never free of technology.

Social media sometimes feels like a box, like a way to keep people inside. There are people who take advantage of social media for the right reasons. They want to share with others, give to others. They want people to come along with them for the journey. Follow them through this jungle, on this mountain, through those moments when they marvel on the face of their first child.

Voyeurism has consequences. What about the other chunk of people who are standing still? Just watching someone live their life? The viewer doesn’t even have to dream it up. It can happen right before their eyes. They continue to watch and watch and watch. We have become a new form of TV, this relentless watching of each other.

Today you’re distraught. You lost your journal. It’s this purple, silky thing that you got from Barnes and Noble about a year and a half ago. Let’s be honest; most the thoughts in there weren’t worth sharing with others, but they were worth mentioning to yourself in the moments that you wrote them down. You write in it for your future self. So that you can immerse yourself into what it felt like to be a younger version of you.

I am 27 years old. I miss my journal because it was for me. No entertaining. I could see myself thinking and rethinking in it. Messy. Not the best words I could come up with. Organic. Diary entries. Pieces of poems. I wrote one on Mother’s Day about my mother and how she says the word “fuck” better than anyone I know. She gives it grace.

I wrote about going down to southern Illinois with my dad to watch my sister graduate. I don’t think I finished that entry. I was waiting for it to settle on me, and then I lost it.

A bearded man and his dog just passed me, so I had to stop talking just now. I recently wrote a short story about this man who talked to himself in his garage at night, seething about the government. The only thing that calms the voices in his head is fishing.

I come from an entire family of talkers, and lo and behold, I’m a talker. But I’m also a good listener. Some people don’t need another person on the other side, and this terrifies me. I know someone who doesn’t need another person to listen. I can leave my phone on the counter and walk away for 10 minutes, and they wouldn’t know the difference. No interjections or counterpoints necessary.

Being around non-talkers used to be a big issue for me. Spending time with my boyfriend’s family, for example, made me feel uncomfortable, exposed. I didn’t know what to do with myself, so I filled up the silence. Open mouth, open floodgates. I mean, sure they said things, but everything was so matter of fact. Not at all like therapy. Like live wires. Everyone wearing their emotions out all together at once.

I have to pee, but I’m kind of nervous. I’ve had some bad experiences with peeing in public lately. When I was in Costa Rica, I really had to go. I was at a resort, and I found this sort of remote-ish place by the beach, which obviously wasn’t remote enough. A hotel employee had caught me hunched over a pile of sand. He started yelling at me in Spanish, and I was already going, so I kept going. I was drunk, but horrified that he kept yelling at me, not even turning around and waiting for me to finish.

I pee quietly behind some bushes. A mosquito bites my ass.

Now, I’m looking over a pond covered in lily pads that bounce light to each other as the water moves underneath them. There are hundreds of dragonflies flitting in between them, dipping their butts into the water.

The fisher in my short story, the one with the voices in his head—he’s addicted to painkillers and alcohol. His kids keep finding him passed out in the bathroom. His body fails him. He was the funny one, the one who made you feel sane. Everyone’s favorite uncle. His kids and their cousins used to dog-pile on top of him every Christmas. Now he can’t even remember his kids’ names.

The intro of the story starts with a text message. A wrong number. From some guy named Bob who wants to go all-night fishing. The narrator is lonely, so she messages him back for the sake of conversation. She evens sends a fish emoji. The conversation ends once the mysterious texter figures out they are texting the wrong person.

I watch dragonflies clash into each other. It sounds like the crinkling of candy wrappers. A pier moves underneath my feet. An elderly couple shuffles next to me and onto a bench that’s bolted to the pier. They look out across the water, past the lily pads. The man is wearing a baseball cap with the word “veteran” on it.

“Do you see the lotus flowers?” he asks me. I look toward where his wrinkled index finger points. Fleshy pink petals poke out from the water.

“Yes, they’re beautiful,” I say. Suddenly, I feel like a tourist.

“Where are you from?” the stout woman asks, peeking out from the side of the man.

“Terrible drivers over there,” she says with a half frown.

“This used to be a lively place,” the man tells me. “Every summer, people would rent out boats, and there would be concessions. Tons of people. Now it’s a ghost town.”

“The state didn’t want to pay for it anymore,” he says and nods.

He points again. “Look at that barn swallow,” he says.

I watch a brown body pierce the air like an arrow. Then it dips and dives, making sharp, acrobatic turns.

Since fishing is on my brain, I tell the man that I tried fishing recently, and I still have yet to catch my first fish.

“Oh, have you been up by McHenry? Plenty of good fishing spots over there,” he says.

“I will be sure to check that out. I’m gonna get lucky next time, I can feel it,” I say.

“You will catch one, Sweetie,” the woman tells me.

I thank them. Their encouragement pulses inside my chest, and I am aware of the sun’s warmth on my face.

“It was so nice meeting you. I’m Sarah,” I thrust my hand out formally. I’m not sure why, but then I realize I want to touch their hands.

“I’m Sandy. And this is Bob,” the woman says. Bob smiles.